For decades, a favorite element of the Tennessee Theatre experience has been the golden-voiced Mighty Wurlitzer organ. The Wurlitzer was installed in the Tennessee Theatre at the time of the building's opening in 1928. The organ was built by the Rudolph Wurlitzer Company in North Tonawanda, New York, and cost about $50,000 at that time. Today, it is one of the few theatre organs still installed in its original location.

Jean Wilson was the Tennessee Theatre's first house organist, and many have followed her, most notably Billy Barnes, who entertained at the console four times daily in the '30s and '40s; and the Tennessee's current organist, former Chancellor and Dean of Engineering at the University of Tennessee, Dr. Bill Snyder who has graced the organ since 1979.

The instrument is a 3/17 Wurlitzer Theatre Pipe Organ, and is set apart by its magnificent console, an original red Balaban 2 Style Wulitzer done in a French Moorish motif. Only one other Wurlitzer organ in the world was manufactured with such a console–the 4/24 Mighty Wurlitzer installed at the Alabama Theatre in Birmingham, Alabama.

In October of 2000, virtually the entire organ--all the pipes and the console with its manuals, stops, and pedals--was shipped to Reno, Nevada, to master theater organ rebuilder Ken Crome. Mr. Crome and his technicians painstakingly restored the instrument piece by piece, and artisans and craftsmen returned the organ's appearance to its original 1928 color scheme and design. The chambers on either side of the stage, which house the pipes, have been replastered to fully ensure the protection and preservation of the restored instrument.

While the organ originally came from the factory with 14 ranks of pipes, Mr. Crome expanded these to 17 ranks during the rebuild, giving the Mighty Wurlitzer a world-class voice.

The Wurlitzer returned to Knoxville on August 27, 2001, and was re-installed by Mr. Crome and his staff during the entire month of September. Acclaimed theatre organist Lyn Larsen was involved in much of the configuration and tonal regulation of the organ, and he was the first to publicly perform on it at a sold-out gala concert on October 1, 2001.

Mr. Larsen had this to say about the Tennessee's Wurlitzer: "I am so excited about the newly restored Wurlitzer organ in the Tennessee Theatre, and I consider it to be among the handful of the very finest 'in-theatre' installations in the country. The unsurpassed craftsmanship of Ken Crome and his expert team of artisans, the perfect match of the auditorium's acoustics to the organ sound, and the commitment to 100% quality by everyone at the Theatre have all combined to produce this 'new-old' pipe organ that is absolutely sublime. I hope to be a part of the Tennessee Theatre for many years."

Experience the magic of the Mighty Wurlitzer prior to each Summer Movie Magic presentation and at our free monthly organ concert, the James A. Dick Mighty Musical Monday Series, featuring the organ and talent from the Knoxville area. To be considered as a guest artist at a Mighty Musical Monday performance, please complete the form linked here.

This project is being supported, in part, by federal award number SLFRP5534 awarded to the State of Tennessee by the U.S. Department of the Treasury as well as generous support from the following entities: 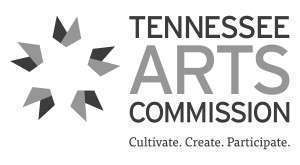 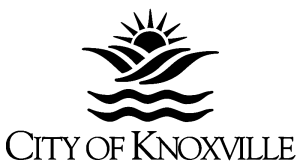