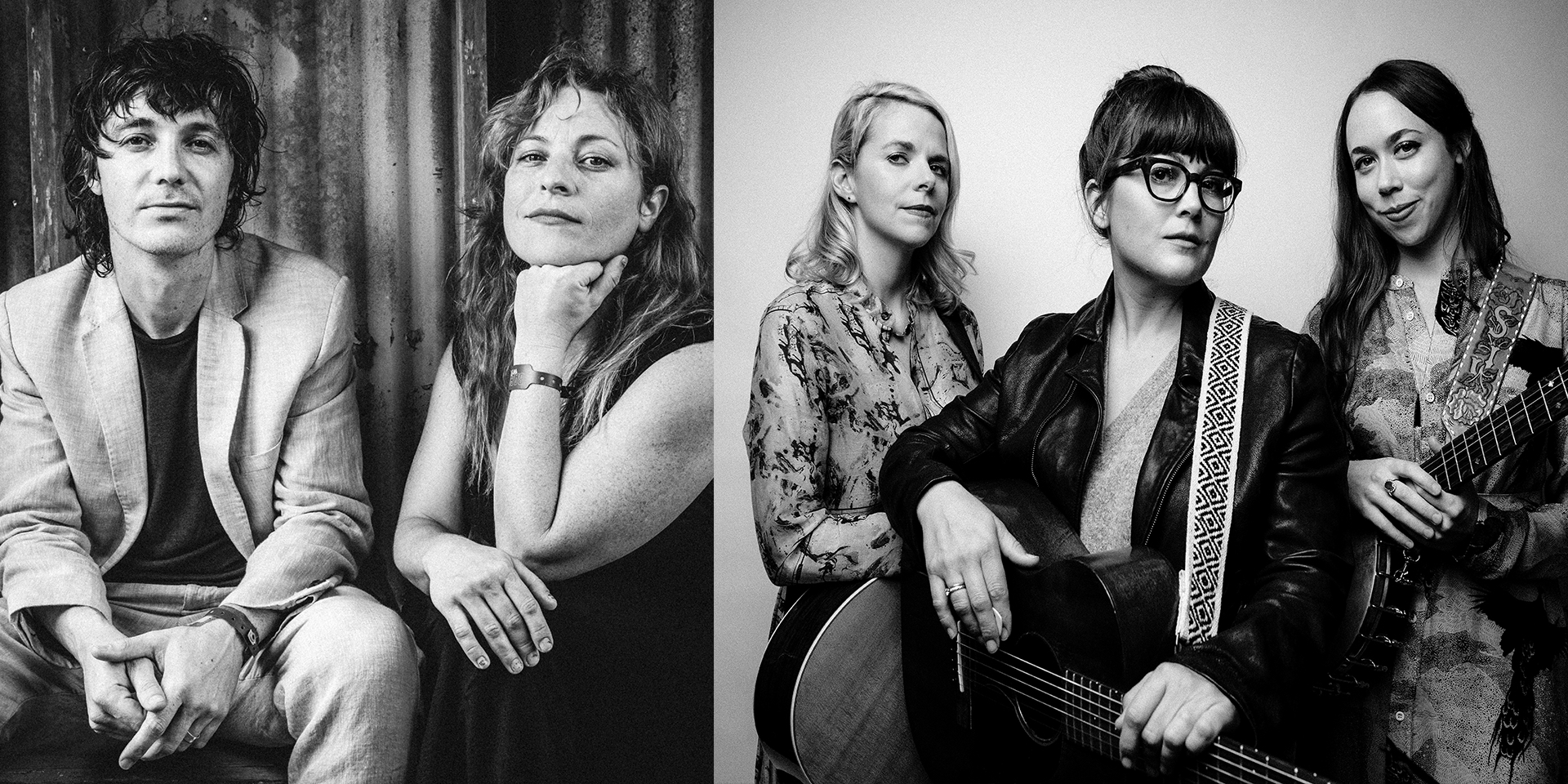 As the Bronte sister wrote, “The ties that bind us to life are tougher than you imagine.” Shovels & Rope, the musical duo of Michael Trent and Cary Ann Hearst, embody that bond. Married for a decade, their covenant extends to blood and beyond: as parents, bandmates, and creative collaborators who can now add the pursuits of festival curators, film subjects, and children’s book authors to that mighty list. Having released four studio albums and two collaborative projects (Busted Jukebox, Vol. 1 & 2) since 2008, Trent and Hearst have built their reputation on skill, sweat, and, yes, blood. Now, with the tough and elegant new record By Blood, as well as their High Water Festival in their hometown of Charleston, South Carolina, “Shovels & Rope: The Movie”, and the picture book “C’mon Utah!,” Shovels & Rope are primed for their biggest year yet.

I’m With Her is Sara Watkins, Sarah Jarosz and Aoife O’Donovan. Four years after their formation at an impromptu show in 2014 at the Sheridan Opera House in Telluride, CO, the band released their debut album, See You Around (Rounder Records), in February 2018. Co-produced by Ethan Johns and recorded in Bath, England, See You Around has garnered praise from NPR, who instantly hailed the collection as "willfully open-hearted” and The Guardian calling their sound both "ethereal and purposeful.” From their early contributions in bands such as Nickel Creek and Crooked Still, these three musicians are noteworthy for their recent and extensive solo career successes, including several Grammy awards. I’m With Her have honed a special, family-like chemistry, garnering acclaim for their unique blend of instrumental interplay combined with their indelible harmonies, as the New York Times describes of a live performance, “…when the three women sang together, their voices became one instrument, sharing every breath.” Touring in support of the new album, the band have sold out shows across the US and Europe and have also made appearances on Jimmy Kimmel Live!, CBS Saturday Morning and NPR’s Tiny Desk Concerts. The trio was recently nominated for Duo/Group of the year by the Americana Music Association.