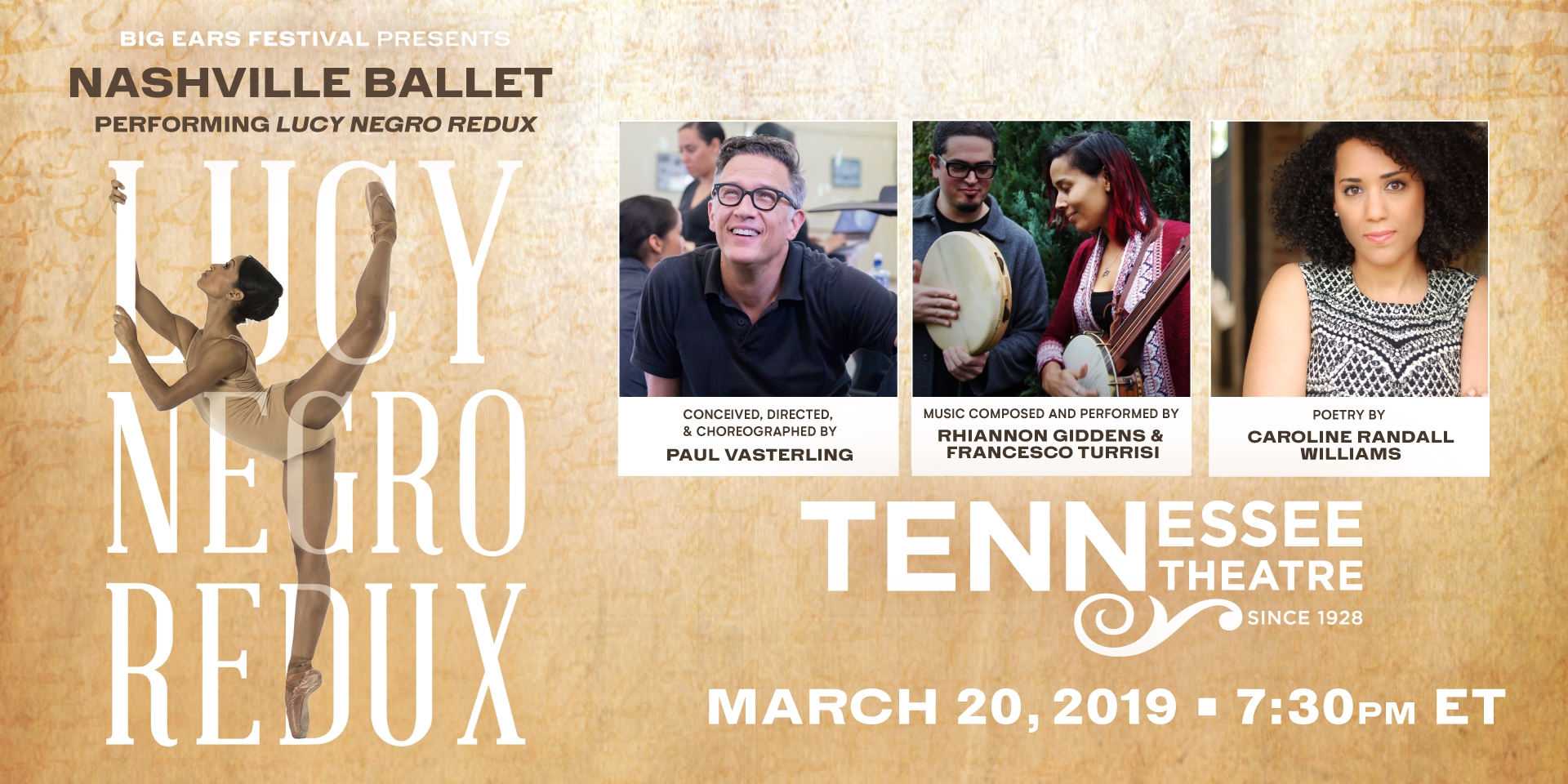 It is a long-running Shakespeare debate: Who is the “Dark Lady” he describes with such lust and longing in his sonnets? Various scholars have pursued the question over the years, whittling down the possibilities to select candidates of Mediterranean origin. But in her compelling 2015 collection of poetry called Lucy Negro, Redux, Nashville writer Caroline Randall Williams took a more literal (and, for some, more controversial) approach by identifying the Dark Lady as someone of African descent. She gave personality and meaning to Shakespeare’s muse, developing her as a person and not just as the bard’s spark.

In Lucy Negro Redux, the Grammy-winning singer-songwriter, Carolina Chocolate Drops cofounder, Big Ears veteran, and Nashville and Broadway actress Rhiannon Giddens uses Williams’ work as the springboard for a full ballet that explores ideas of love and equality in a world that does not make them easy. A collaboration with Williams (who narrates the night), The Nashville Ballet, and artistic director Paul Vasterling, Lucy will make its world premiere in Nashville in February 2019. Its second performance happens in Knoxville for Big Ears 2019—fitting, as Giddens pursued the project after texting festival founder Ashley Capps a set of demos inspired by Williams’ book. She composed and will perform the score live with her recent collaborator, acclaimed Italian pianist and percussionist Francesco Turrisi. A testament to audacity and vision, Lucy Negro Redux seems destined to stand as a major work from Giddens, a major talent.