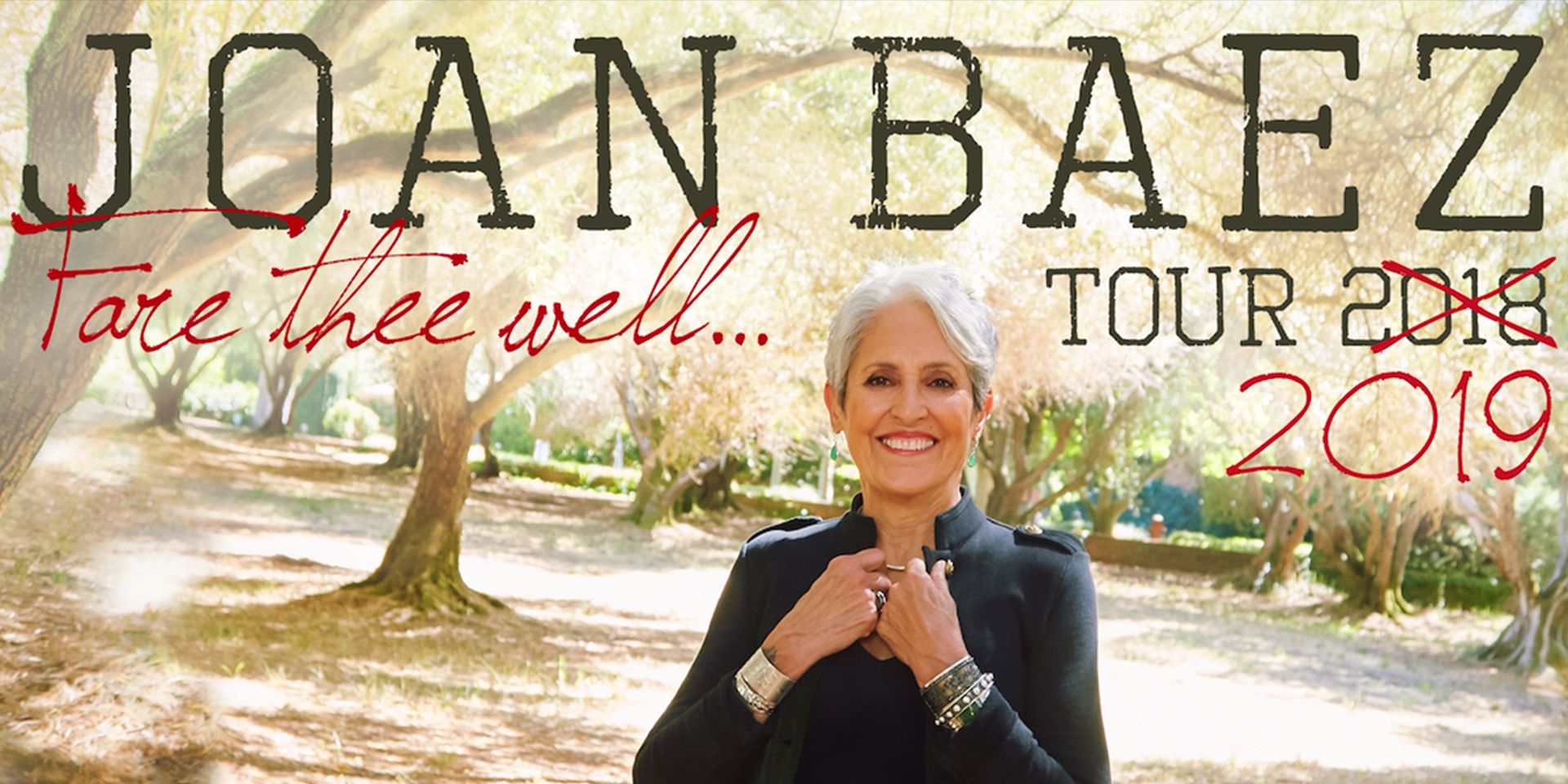 Six decades after becoming a regular on the coffee house scene that was emerging around Club 47 in Cambridge, MA, Joan Baez determined that “2018 will be my last year of formal extended touring.” With her 2017 Rock And Roll Hall Of Fame induction topping off a lifetime of awards and honors for her recordings and human rights achievements around the globe, the symmetry of Joan’s decision reverberates. “I’m looking forward to being on the road with a beautiful new album about which I am truly proud,” she said. “I welcome the opportunity to share this new music as well as longtime favorites with my audiences around the world.”

She remains a musical force of nature, and an artist of incalculable influence. Her mission has never wavered in sixty years. Commenting on the song “I Wish The Wars Were All Over,” from her new album Whistle Down The Wind, Joan asks, “Will a better world come? I don't know. But we have to do our work for a just and loving society whether the end comes tomorrow or whether we are still holding fast for generations to come.”

Whistle Down The Wind, Joan’s first new studio album in a decade, gathers material by some of her favorite composers, from Tom Waits (“Whistle Down The Wind,” “Last Leaf”) and Josh Ritter (“Be Of Good Heart,” “Silver Blade”), to Eliza Gilkyson (“The Great Correction”) and Mary Chapin Carpenter (“The Things That We Are Made Of”). Ritter’s “Silver Blade” has been described by Joan as “a bookend to ‘Silver Dagger’ [the first song on her self-titled debut LP of 1960] at the end of this nearly sixty-year career ... like something I would have picked up in Club 47 when I was 18.”

Whistle Down The Wind succeeds 2008’s critically acclaimed, Grammy®-nominated Day After Tomorrow, produced by Steve Earle, the release of which coincided with the 50th anniversary of Joan’s first performances at Club 47. Day After Tomorrow and Whistle Down The Wind both underscore Joan’s long history of mutual mentoring, introducing songs by artists and songwriters, known and unknown, a hallmark of her recordings and performances ever since the turbulent 1960s.