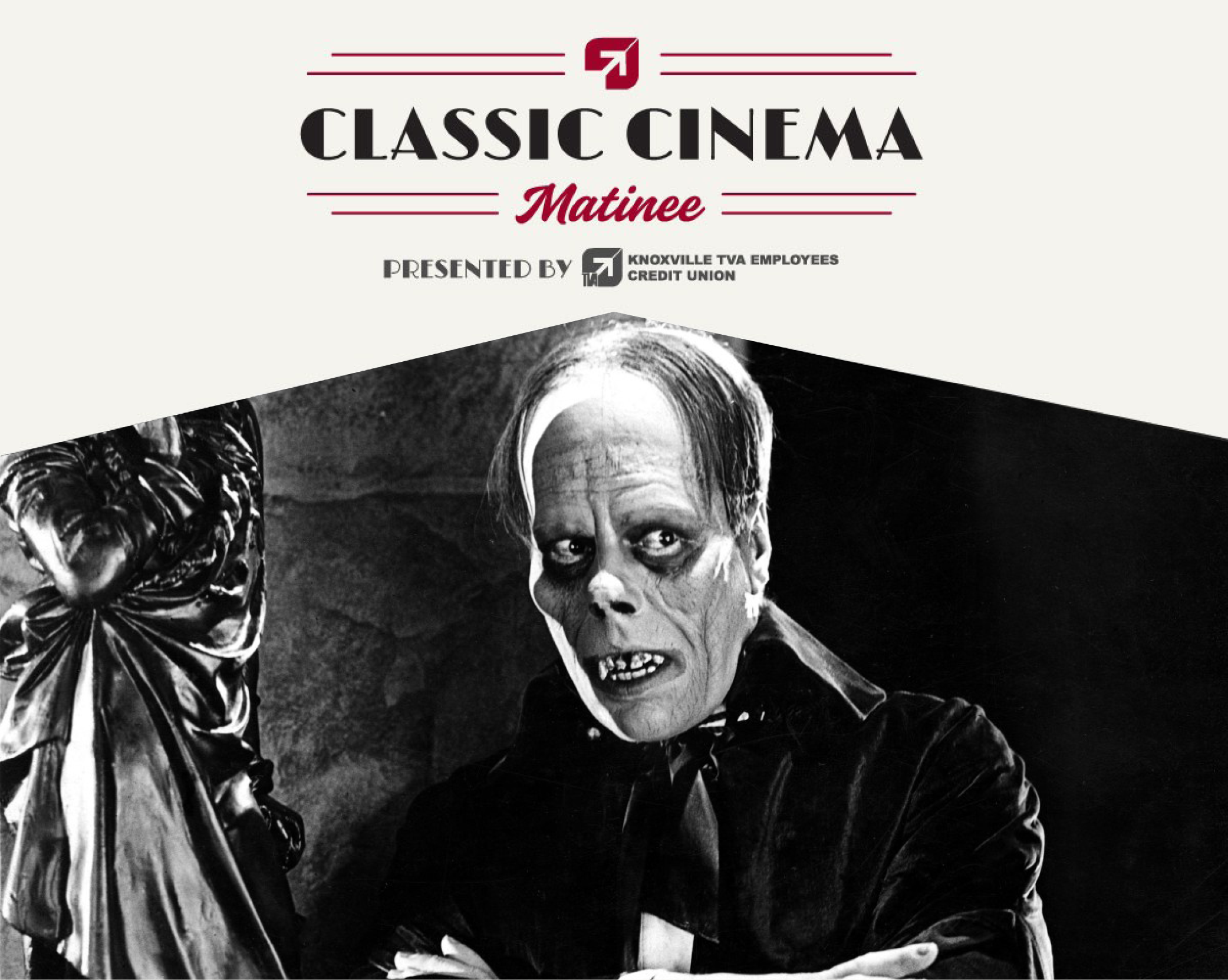 Tennessee Theatre is proud to welcome the public back to the theatre for Classic Cinema Matinee movie series presented by Knoxville TVA Employees Credit Union.

The Phantom of the Opera is a 1925 American silent horror film adaptation of Gaston Leroux's 1910 novel Le Fantôme de l'Opéra, directed by Rupert Julian and starring Lon Chaney in the title role of the deformed Phantom who haunts the Paris Opera House,  causing murder and mayhem in an attempt to make the woman he loves a star. The film remains most famous for Chaney's ghastly, self-devised make-up, which was kept a studio secret until the film's premiere. Run time is 1 hour 19 minutes. Tennessee Theatre’s House Organist Freddie Brabson will accompany this silent film on the Mighty Wurlitzer organ.

Free parking is available in the State Street garage directly behind the Theatre.