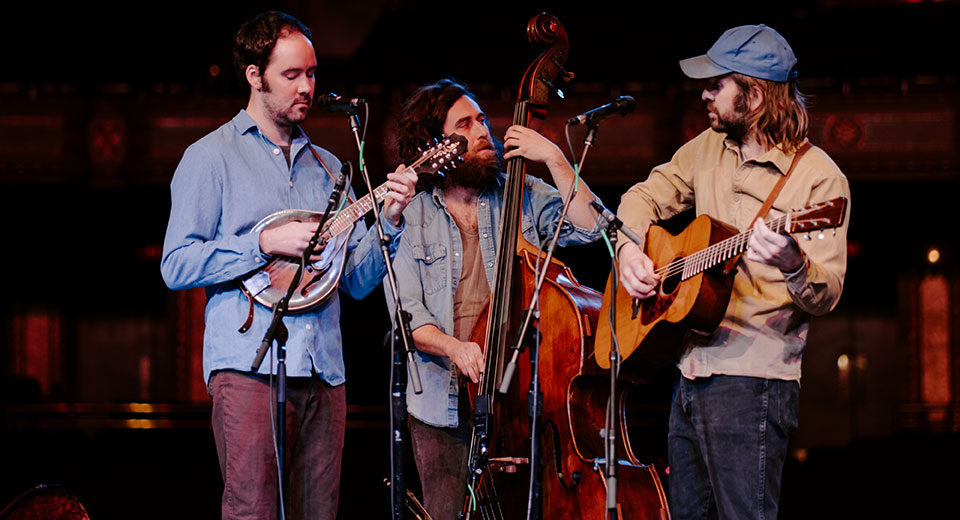 While we aren’t able to bring people together to share live performances right now, we are bringing some of Knoxville’s own musical talent to you in this free streaming concert filmed on the Tennessee stage.

Born and raised in East Tennessee, Josh Oliver is a multi-instrumentalist and songwriter who has toured extensively over the past thirteen years as a side musician with several acts. After releasing his first album Troubles in 2011, Josh teamed up with producer Andrew Marlin to record the album Part of Life in 2014.  Since 2012, Josh has been touring and recording with Chapel Hill, NC based band Mandolin Orange. Andrew Marlin and Clint Mullican, both of Mandolin Orange, join him for this Ghostlight performance delivering Josh’s unique take on bluegrass and Appalachian tunes as well as his original songs.

Join us on Facebook for a live stream, or on our Vimeo channel. We will be collecting donations during this series that we will split with the featured performers to support our local musicians. If you would like to make a donation to support the Tennessee and Josh Oliver, click here.