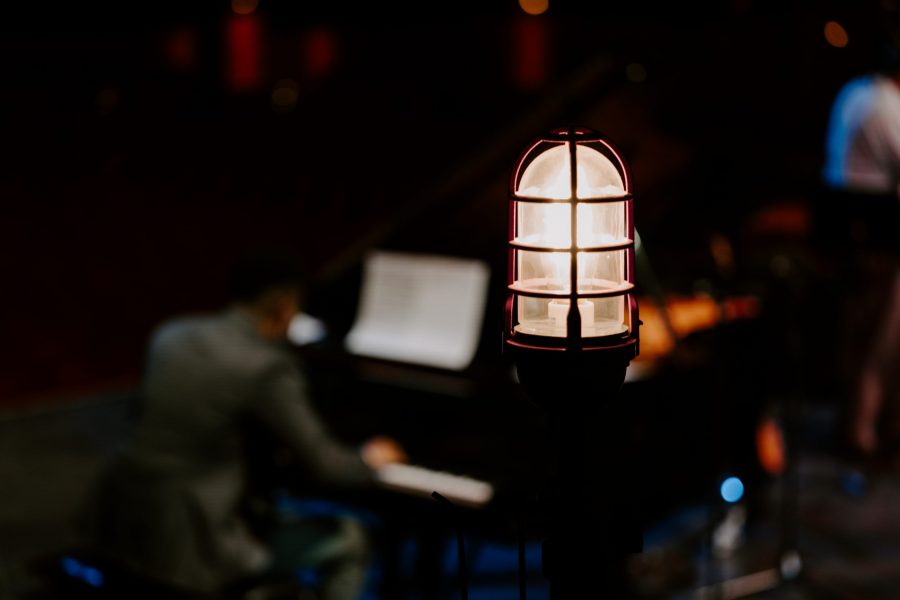 It’s no secret that performers and venues have been greatly impacted over the past year due to the COVID-19 pandemic, and Knoxville’s own Tennessee Theatre is no exception. A place that means so much to our crew at Big Slate Media has been empty for nearly an entire year now – unable to welcome crowds to enjoy live entertainment in its beautiful setting.

This local treasure remaining completely dark was something we just couldn’t accept. So, when the team at the theatre started considering the possibility of a virtual concert series, we knew we had to be part of it. Our crew was thrilled to offer our video production expertise to make it a reality.

The Ghostlight Series was created out of this partnership as a way to not only bring the magic of the Tennessee Theatre into people’s homes during this time, but to also raise funds for the theatre and local musicians featured.

Pre-Production: Before the Curtain Rises

Ensuring a smooth production is all about logistics. The team at the Tennessee handled the heavy lifting in this area, scheduling the local talent into time blocks that would allow enough time for set-up, filming, and tear-down. Our team put together a plan of action for shooting and discussed roles for each crew member, so when we loaded in all our gear on shoot days everything was ready to roll.

We came into the theatre on production days with our equipment and a full (masked-up) crew prepared to capture the musical sets in their entirety, intros and outros featuring Becky Hancock (the Historic Tennessee Theatre Foundation’s Executive Director), and extra footage of the set-up (what we call “b-roll”) to overlay for some added pizzazz.

The theatre’s own Tim Burns handled the lighting and Dave Rasnake managed audio (which is pretty important for a concert, don’t you think?). Working with them was truly a dream come true, and utilizing their expertise was essential in creating the perfect final product. 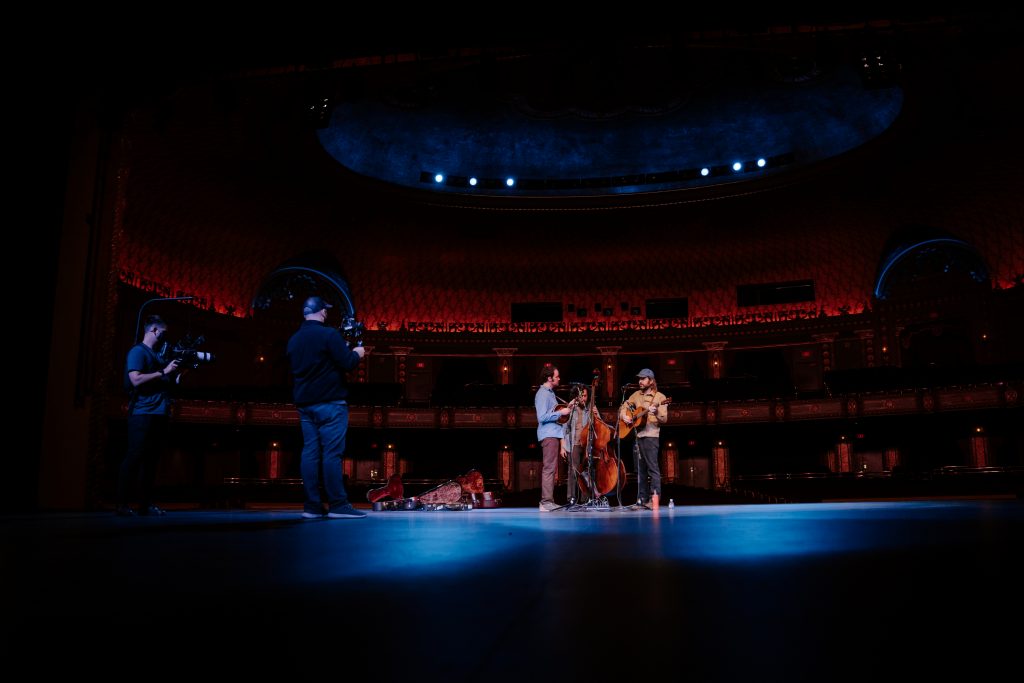 Josh Oliver and band on stage during the filming of the Ghostlight Series.

In order to capture the entire musical set effectively, we knew we’d need a lot of camera power. Our crew consisted of four camera operators (two stationary, and two moving), a photographer,  a director (closely watching a monitor receiving feeds from every camera), and production assistants.

It was decided that the artists would face the back of the stage (rather than the audience) so the picturesque auditorium could serve as the unique backdrop for the concerts. This means we had the entire rest of the stage to shoot from, which also offered a large enough space for the crew and theatre staff to remain socially distanced during filming.

To make things easier for our editor, we recorded to all four cameras the entire set and slated at the beginning (yes, that’s the famous clapboard that most people associate with video/film). What it actually does is allows all the video clips and audio to be synched together seamlessly when editors put everything together. 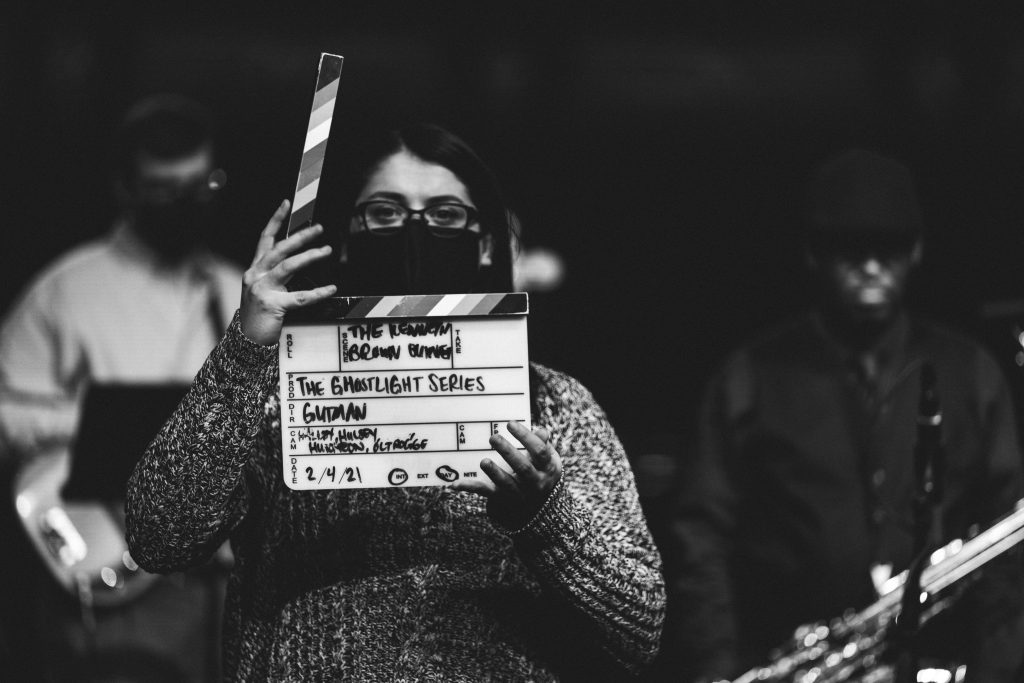 We can’t even begin to describe how fun the production for this series was. Not only were we doing what we love in one of our favorite places, we got a little taste of some spectacular, live music…such a special treat during such a difficult time.

Once the shoots were wrapped, and the Ghostlight returned to center stage, our editors got to work. They took the footage from all cameras and paired the four angles together with the audio to create a master collection of it all (what’s called a multicam clip). From there, they cut between the various shots to put together the most engaging and entertaining concerts possible. They are then released live by the theatre on their Facebook and Vimeo on the scheduled evenings.

This series is really all about one thing: community. For us, our partnership with the Tennessee Theatre is a way that we can give back to such a staple in our community during a difficult time; and through it, we are able to invite the community to the stage in a new way.

We hope that when you watch the Ghostlight Series, you are completely immersed in the beauty of the theatre and the rich sounds of Knoxville’s amazing local talent. Check out the first season and learn more about the upcoming season here.