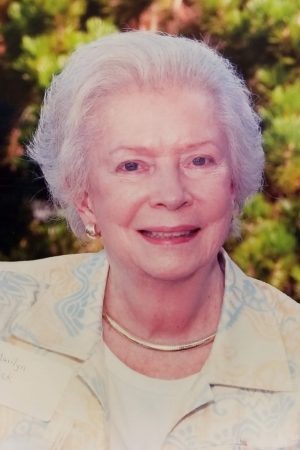 On February 8, Knoxville lost a shining example of grace and generosity in the passing of Marilyn Dick. She was 95 years young.

Mrs. Dick and her husband James (d. 2011) had an enormous influence on the Knoxville arts community. In 1981, when downtown was quiet and nearly forgotten, Mr. Dick’s company, Dick Broadcasting, purchased the Tennessee Theatre. At that time, not many people saw the value, much less the potential, of an old movie palace. But Mr. and Mrs. Dick did. Dick Broadcasting stabilized the Theatre and operated it for 15 years. They encouraged the Knoxville Symphony Orchestra and Knoxville Opera to begin regular performances here, and made the Theatre available for concerts and events of all kinds, even with the venue’s logistical shortcomings. Later, in 1996, the Dick family gifted the Tennessee Theatre building to a newly formed non-profit that was charged with transforming the Theatre into a more suitable home for live performances of all kinds. James and Marilyn Dick also donated generously to support this comprehensive renovation project, and they were there on opening night in 2005 to witness the beginning of a new era for the Tennessee. It is not a stretch to say Knoxville might not have the Tennessee Theatre today, in all its vibrancy and magnificence, without Marilyn Dick and her husband.

The Dick family also founded The Joy of Music School in 1998. It provides free private music lessons and group instruction to disadvantaged children. Some students have gone on to study music at the college level, and all have been enriched by the presence of music in their lives. The school was very near to Marilyn’s heart.

In recent years, Marilyn could always be found at the Tennessee Theatre on the first Monday of the month for Mighty Musical Monday. It is a program intended to share the Theatre with everyone in the community: audience members who may have limited means, and local and regional performers who might not ever have the chance to appear on the grand stage of the Tennessee. Marilyn and her friends had a reserved seat in the back of the auditorium — she was never about being the center of attention — and waved sweetly when we acknowledged her from the stage. She loved seeing the Tennessee Theatre enjoyed by all segments of the community.

Marilyn Dick was a beloved wife and mother (and grandmother and great-grandmother!), a cherished and loyal friend, and a bright and generous spirit to all who knew her. All of us at Tennessee Theatre send Marilyn Dick’s family and loved ones peace and comfort during this time. 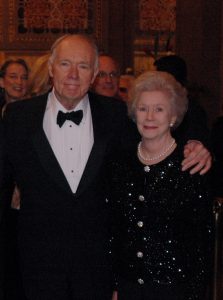 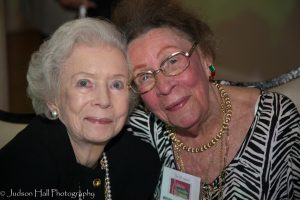 Marilyn with her dear friend Whitney Dunford. They enjoyed coming to Mighty Musical Monday together.